As the implementation of fully automated tests is normally a rather time-consuming task, many projects still rely on manual testing in order to meet their typically tight time schedule. However, during regression testing (e. g. due to new releases), these manual tests are again very time-consuming and thus expensive.

The redBlocks Simulator offers a simple answer to this dilemma: its built-in test script recorder. It can create fully automated test scripts by recording the sequence of actions during manual test execution. These test scripts can later be used to re-run the very same tests. Thus, by recording the manual tests once, you end-up with fully automated integration tests that can be run over and over again during regression testing without any manual interaction. 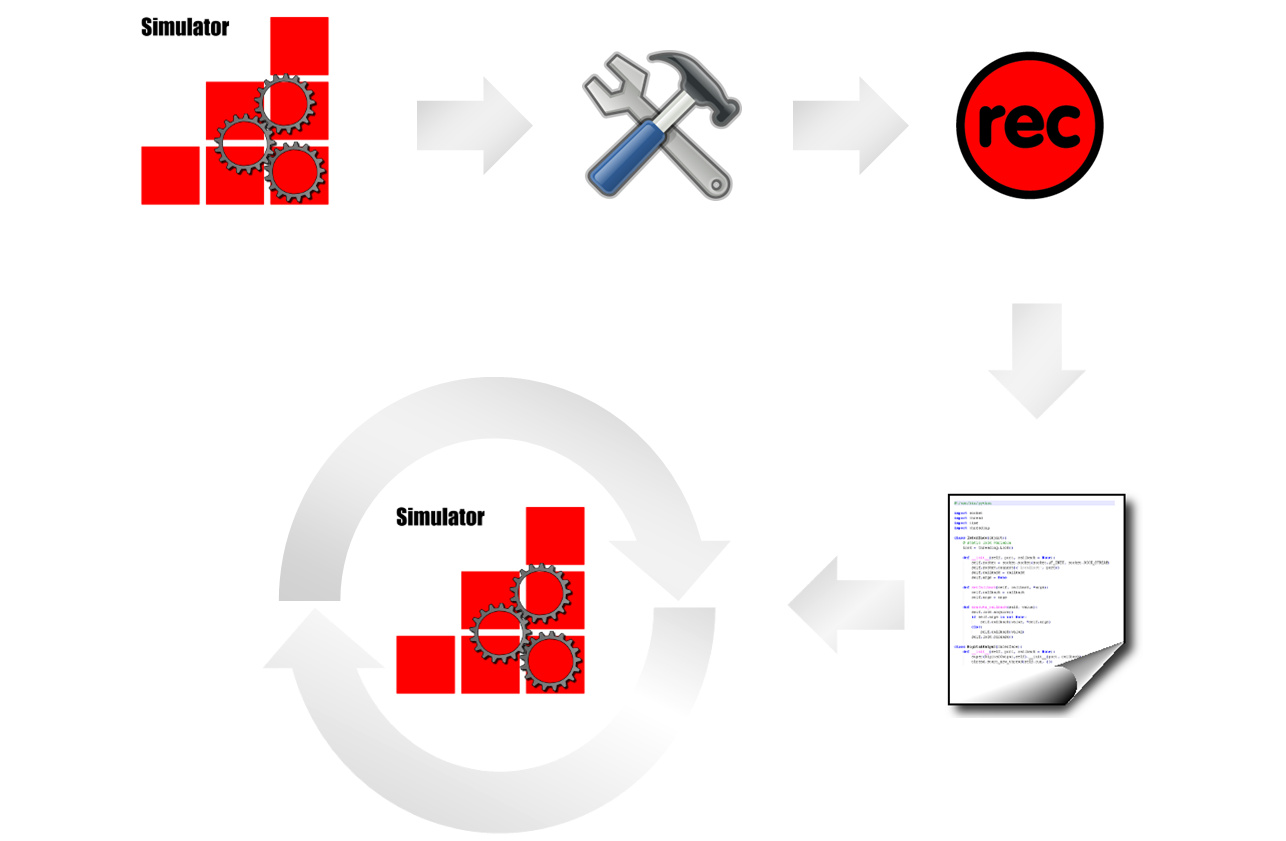 The concepts of the generated test code and the redBlocks Simulator's test script library were specifically designed to the needs of Embedded Applications and basically rely on the same conceptual pattern as manual tests, i.e. each test step consists of the following parts:

It is important to understand, that it is often not sufficient to check the current state of an embedded application only at certain points in time. In order to illustrate this fact, the following signal curve shows a digital output that changes its value between t2 and t3 from low to high. A test that checks the current state of this digital output at t1, t2, t3 and t4 is certainly not sufficient, because a pulse between t1 and t2 will go undetected (see lower curve). 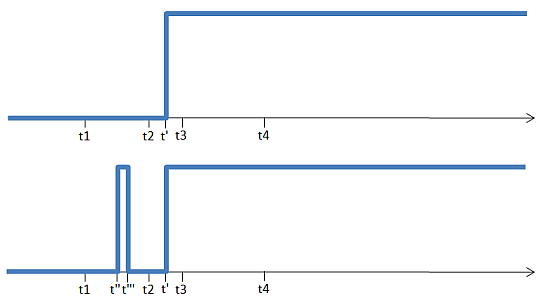 The redBlocks Simulator's test script library and the generated test code take issues like this one into account. Thus, the generated code does not only check the observed peripherals for all expected system reactions, but also if they are left unmodified in between.

In this video you can watch the redBlocks Simulator's built-in test recorder in action.